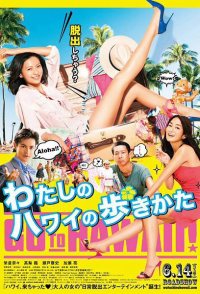 One would not read travel guides written by an author who has not actually visited the destination like someone would not vote for a politician who has not been in the situation or position he or she wants to manage. Here, however, a woman who writes guides about Hawaii without ever setting foot on the island is finally given the chance to visit it when one her friends has a wedding party there. Simultaneously, another woman who attends parties to meet men are introduced to one another by the bride. The habitual party attendee has an ex-boyfriend who wants her back, but the travel guide's advice is for him to retreat and in the name of love find his ex another man.