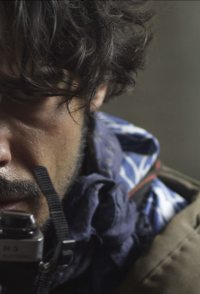 Marti is a famous war photographer, but he was badly wounded during his last working trip to Syria and, after that, he is no longer the same. He suffers from severe depression, he's addicted to drug and his marriage is getting ruined. In order to get through his personal crisis Marti decides to undergo a session of shamanic hypnosis. The apparently innocuous technique opens the door to a world of hallucinations and violence where errors and mistakes of the past risk to destroy Marti's life. Set in a dark and gloomy New York, 'Watch them fall' is the story of a man who tries to redeem himself from his past sins even if it could mean to lose everything, also his own life.