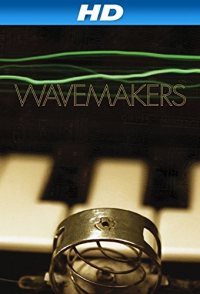 Since its triumphant premiere at the Paris Opera in 1928, the Ondes Martenot has generated fascination and inspired legions of musicians. Invented by the musician and educator Maurice Martenot (1898-1980), this rare and fragile electronic instrument has been widely featured in popular and classical music-from the first film soundtracks, to Hollywood classics, science-fiction TV series and the works of Olivier Messiaen,Edith Piaf and the rock band Radiohead. So extraordinarily sensitive is the Martenot that nearly a century after its invention, musicians, artisans and scientists are still trying to unravel its secrets. Integrating verite and never-before-seen archives, this documentary features a soundtrack that contains a rich repertoire of the Martenot's haunting and lyrical sounds. Lend an ear - Wavemakers is a journey into the very heart of the mystery of of music.