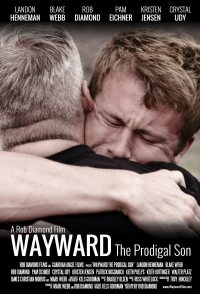 Prone to wander, Tyler McMillan gets it all. Indulgence, waste, and rebellion lead Tyler into a den of thieves and the prospect of losing everything, including his life. Tyler's father tries to keep tabs on Tyler while concealing his own battle with cancer. With the help of a woman with her own checkered past, Tyler gets back on his feet. Fatherly love, repentance and mercy combine to save Tyler's life even if they cannot save the life of his father.