We Jam Econo: The Story of the Minutemen ratings (Movie, 2005) 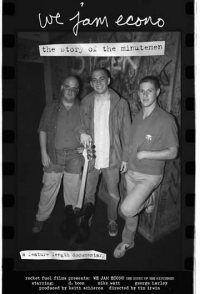 The Minutemen were a rock band from San Pedro, California. Through interviews with members Mike Watt (bass) and George Hurley (drums), the band's story is revealed. Commentary from other performers such as Flea, Greg Ginn, and Henry Rollins illuminates the band's place in the Southern California music scene and their contribution to music. Concert footage and old interview footage show Watt, Hurley, and departed singer/guitarist D. Boon, who died in an automobile accident in 1985.