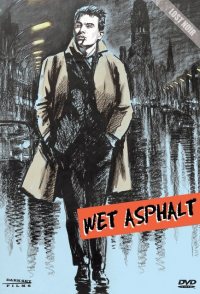 In Berlin, when the journalist Greg Bachmann is released from prison six months before the end of his sentence, there is a driver named Jupp waiting for him. Soon he learns that the famous journalist Cesar Boyd was the responsible for the shorter sentence. Cesar offers a position of his assistant to Greg; in return, Boyd would write his story about his interviews to war criminals and Greg would help him in other matters. Meanwhile Boyd welcomes the daughter of a deceased friend, Bettina, and he becomes her guardian. Greg and Bettina feels immediately attracted by each other but Boyd is also interested in Bettina. When Boyd needs to send an article to a newspaper in Paris, he fabricates a story of a group of five German soldiers that have lived in a bunker in Poland for six years. In the end, one blind soldier would have survived and was sent to a Polish hospital. The story becomes a great sensation, affecting the governments of Poland, Russia and Germany and their inhabitants. When ...

Directors: Frank WisbarWriters: Will Tremper
Search for articleSearch for trailerSearch for everything