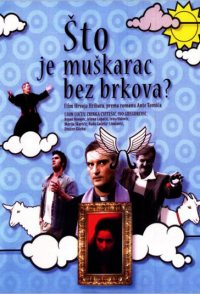 A young widow, an aging widower-returnee, and a priest from a bankrupt parish are struggling to come to terms with the post-war environment, complete with its prejudices, illusions, and unpleasant mentality. What follows is a romantic comedy set in rough landscape, about a woman who falls in love with a local priest. He is not blind to her love, but is unable to choose between the church and her, until the circumstances force him to make his choice.