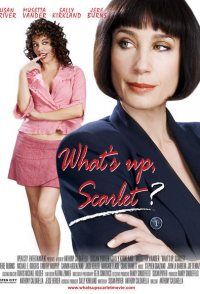 Scarlet Zabrinski, a successful, hard edged, L.A. matchmaker lives in the shadow of her overbearing mother, Ruth Zabrinski who relentlessly tries to find the perfect man for her daughter. Ben Zabrinski, Scarlet's pot smoking brother, an unemployed lawyer, becomes furious when Scarlet unknowingly sets him up with a porno star. When Sabrina Fisser, a homeless foreign actress, rear ends her on a calm sunny afternoon, Scarlet offers this seemingly helpless vagabond a place to stay for one night. One night becomes an eternity as the free spirited Sabrina outstays her welcome. When a vengeful Ben tries to seduce Sabrina, Scarlet finds herself protective of her new friend. A mutual attraction develops and the two unlikely characters explore the uncharted territory of unexpected love.