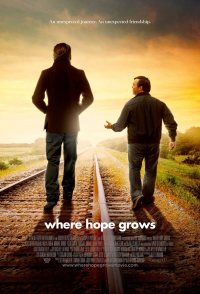 A baseball player whose professional career was cut short due to personal problems is suddenly awakened and invigorated by a young-man with Down syndrome who works at the local grocery store. Calvin Campbell is a retired baseball player and a father to Katie Campbell,an independent teenager. One day when he goes shopping for alcohol at the local market he meets an employee of the market. He talks to produce and is shocked when produce gives him a hug..