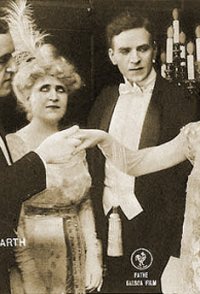 Who Pays? (1915) was a series of twelve three-reel dramas, released between March and July 1915. Henry King and Ruth Roland starred in each episode, playing different roles each time, with a variety of supporting players who varied from one episode to another. Each episode told a complete and individual story, but they were all inter-related by a uniform theme. Although there were no cliff-hanger endings, each episode did, in fact, end with a challenge to the audience: Who was responsible for the misfortune of the principal characters? The titles of the twelve episodes were: #1: The Price of Fame; #2: The Pursuit of Pleasure; #3: When Justice Sleeps; #4: The Love Liar; #5: Unto Herself Alone; #6: Houses of Glass; #7: Blue Blood and Yellow; #8: Today and Tomorrow; #9: For the Commonwealth; #10: Pomp of Earth; #11: The Fruit of Folly; #12: Toil and Tyranny.