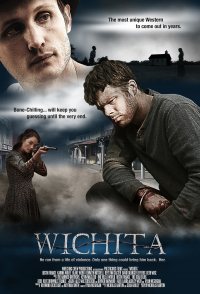 Set in 1882, a mysterious fugitive seeks out his revenge on the person who landed him in prison. His tracking skills lead him to the quiet, peaceful town of Wichita, KS. The Cowtown is beginning the ascent from small farm village to a cross-cultural industrial metropolitan, which ultimately lends the fugitive and the mysterious drifter the backdrop they need to blend in with the changing landscape of the city. Jesse (Justin France), the drifter, takes up residence at a farmstead on the outskirts of the city and quickly develops relationships with the widow Ruth (Beth Wise) and the sisters Samantha (Karina Wolfe) and Mary (Reylynn Caster). What first appears like a colloquial family-upbringing unravels an underground crime syndicate living under the guise of the local business community. While Jesse seeks to confront some of the townspeople, a bounty hunter is employed to track the whereabouts of the mysterious man in black. As each character's history unfolds, the fugitive, the ...