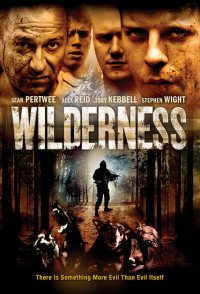 In a juvenile detention center, inmate Dave commits suicide after being abused with his friend Lindsay by sociopaths Steve and Lewis under the indifference of the other cellmates. The governor sends them to an uninhabited island to improve their relationships and characters under the command of tough monitor Jed. They meet a camp of female delinquents under the command of veteran soldier Louise and they camp in another area. However, when they are attacked by a pack of dogs and a mysterious man with a crossbow wearing camouflage, they join forces fighting to survive, under the leadership of Callum.