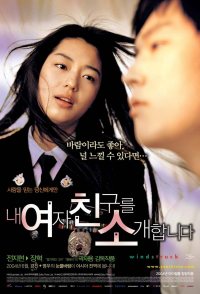 When police officer Kyungjin met with Myungwoo accidentally in a crime, she found that this responsible teacher was a really nice guy. At that night, Kyungjin got into a fight with a bunch of high school kids and got trouble in a big gun fight between rival drug dealers. Myungwoo tried to help her but then something happened that forces them stayed together all day long. They got closer to each other and Myungwoo was not able to repulse the strange but pure nature. He fell in love with her. One day, when Kyungjin was chasing a notorious criminal, Myungwoo helped her again, however, not knowing that what would happen that day changed their relationship forever...