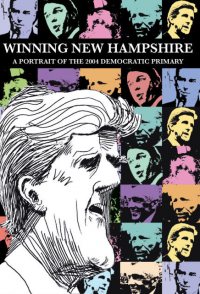 Every four years, the citizens of the United States of America perform their most sacred national duty: electing a President to lead the country. For the last five decades, the fiercely independent residents of one small Northeastern state have played a vital role in this search. Before the election, before the conventions, before a presumptive nominee is chosen, there is New Hampshire . Winning New Hampshire is the 2004 edition of this American tradition. The film captures the essence of the New Hampshire Primary, what it takes to win, the effects of the media and the new political youth movement. With a focus on the John Kerry Campaign, the winner of both the New Hampshire Primary and the Democratic Nomination, Winning New Hampshire provides an experience of this extraordinary political phenomenin and presents a distinctly new perspective of the Presidential selection process.