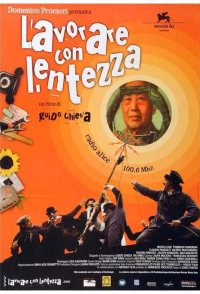 This documentary-style film takes place in Bologna, Italy. The Radio Alice program began on February 9, 1976. The radio station used an ex-military transmitter. They were mao-dadaists. The government wanted to have early elections. THere were many political problems. The main characters needed jobs, so they got an illegal job of digging a tunnel beneath buildings. They eventually got caught when one of the boys ran out of the tunnel and a cop saw him. They were almost done digging the tunnel. Anyone could come in and talk about whatever they wanted on Radio Alice. The creators did not want the channel to be affiliated with politics or to play mainstream music. They wanted to let creativity flow. The feminists took their own time slot on Radio Alice. During a protest, the police killed a fellow college student. The students set everything on fire. The protesters believed that they had to work too much. The carabinieri (Italian military police) shut down the station on March 12, 1977. ...