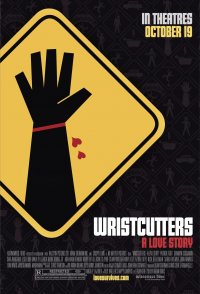 Despondent over his breakup with Desiree, Zia slashes his wrists and goes to an afterlife peopled by suicides, a high-desert landscape dotted by old tires, burned-out cars, and abandoned sofas. He gets a job in a pizza joint. By chance, Zia learns that Desiree offed herself a few months after he did, and she's looking for him. He sets off with Eugene (an electrocuted Russian rocker) to find her, and they pick up a hitchhiker, Mikal, who's looking for the People in Charge, believing she's there by mistake. They're soon at the camp of Kneller, where casual miracles proliferate. They hear rumors of a miraculous king. Can Zia find Desiree? Then what? Where there's death there's hope.