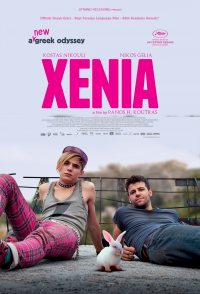 Strangers in their own birthplace, 16-year-old Danny and 18-year-old Odysseus cross the entire country in search of their Greek father, after their Albanian mother passes away. Determined to force him to acknowledge paternity, little do they know that the road to the much-coveted Greek citizenship is paved with ghosts from the past, adult savagery and a dream that needs to come true, no matter what. Reaching the end of this initiatory journey they eventually come of age even if Greece refuses to follow.