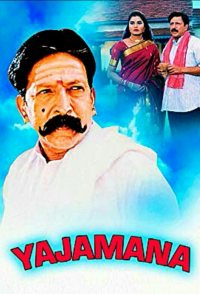 The story is about a family of four brothers. Shankru is the eldest of all and the head of the family. His only aim in his life is bringing up his brothers and make them lead a respectable life in society. He is so rigid that he sacrifices his personal life and remains a bachelor. He feels that if he gets married then his personal interests might hamper the growth of his brothers. Its time for the three brothers to get married. The wedding of his two brothers (Vishnuvardhan again in the second role and Abhijith) takes place without any problems. But it is during the wedding of his third brother (Shashi Kumar) that the movie takes a turn. We have a villain in Avinash who is also the brother of the girl whom the senior Vishnuvardhan had refused to marry. Shankru comes to Avinash's house to ask for his consent to give his daughter to his brother. Avinash eyes this as the right time to seek revenge and destroy the united family. He asks Shankru to leave the family and go on an exile. The ...