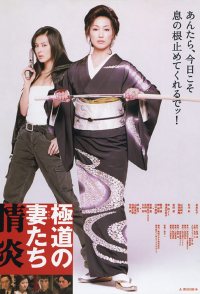 The old chief of Suganuma is dying, and with that, of course, succession is at stake. The family bosses support Kawamoto of Korean descent who, incidentally, is the husband of the grand-boss's daughter Ranko, except for Namiko, the widow of the former successor candidate who suspects her husband's death within the family someone in charge, and her late husband's brother, young Kyohei, would be happy to head the family. At the end of the stalemate, it is ultimately Suganuma who declares whether Kyohei will be the offspring or no one. Of course, the majority is not happy, and tensions continue to rise, inevitably leading to a bloody end. Complicating the matter is the arrival of Kawamoto's Korean ex-wife, Eigyoku, who has been released from prison.

There Will Be Blood
Total votes: 507,663
Average rating: 8.2
Switch to mobile version