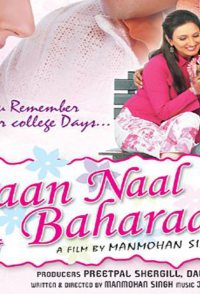 Fellow students of Punjab University, Navdeep Singh and Harmaan Kaur, fall in love with each other. She introduces him to her dad, Retired Colonel Thakur Singh, who instantly disapproves and wants his daughter to marry a groom from the U.S.. Navdeep's dad, Retired Major Balwinder Singh Brar, also opposes this alliance, and wants his son to complete his studies before getting married. Balwinder subsequently changes his mind but wants Thakur to adapt to tradition and approach him - but Thakur refuses to do so. The couple then conspire with their fellow students and arrange for their parents to meet on neutral ground. It is this decision that will shatter and change their lives forever.