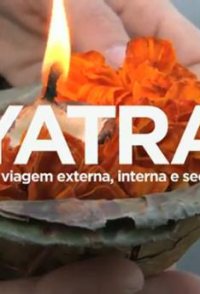 In India and Nepal there are eight Buddhist pilgrimage sites considered sacred. A group of 26 people from various parts of Brazil, left behind the comfort of their routines to travel more than 4,000 miles through these two Asian countries for 30 days. They went in search of something that unfolded along the trip. An inner journey, created from the eyes, hearts and minds of each one of them. 'Yatra' is a Sanskrit word that means a journey of transformation. Transcending the traditional gaze of a tourist, pilgrims seek self-knowledge in the midst of everyday actions - such as the difficult task of using a toilet in India. These modern pilgrims reproduce in the 21st century, the path followed by numerous masters and disciples for over 2,600 years.