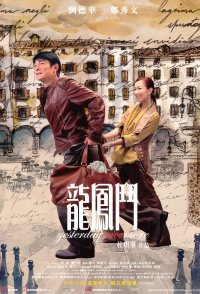 Mr. and Mrs. Do are wealthy, creative jewel thieves who divorce for no apparent reason after a successful diamond heist. A year later, she's engaged to the son of a rich woman who begrudgingly lets her son give his fiancée a family heirloom after she signs a pre-nup. The necklace is promptly stolen: Mrs. Do suspects her ex-husband and the wealthy mom suspects that the two ex's are still in federation and cahoots. In fact they do still love each other and spend a lot of energy trying to annoy or trick the other. Who does have the necklace, where is it, and why did the thieves separate in the first place? As time's bending sickle's compass comes, will the lovers sort things out?