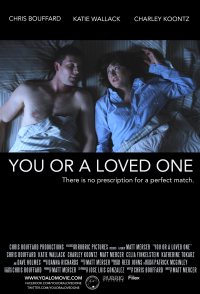 Reeling from withdrawal effects after a pharmaceutical drug trial, a reclusive aspiring illustrator sets out to form a relationship with an outgoing gal despite his continuous efforts at solitude and isolation. Parker is uncertain if he suffers from anxiety, but as the medication leaves his system he can barely perform daily tasks. Struggling with withdrawals and anxiety following a pharmaceutical research study, Parker wants nothing but to be left alone. Following a chance encounter with Teresa, a young woman with whom he previously crossed paths, he attempts a step in the opposite direction.