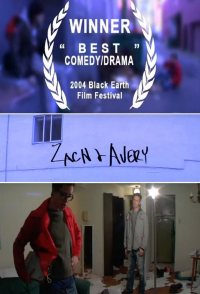 Zach and Avery Treus are brothers, roomates and aspiring novelists. After two years of scraping by in pursuit of their dreams, older brother Avery's ambition seems to have faded. As he makes plans for the future, Zach fumbles along, determined to pen the final chapters. Over the course of seven days their relationship is tested when two new people enter their lives. One, a mysterious blonde, summons a new confidence from Avery. The other, a derisive gutter punk, opens Zach's eyes to a new world and way of life he was previously unaware of. Seemingly doomed by ill fate, the brothers impulsively turn against one another.