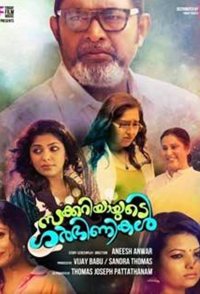 The film narrates the incidents in the life of a gynaecologist and five women who come into his life each with unconventional/illegitimate pregnancies. Lal acts as the gynaecologist and Asha Sharreth does the role of doctor's wife. Sanusha plays the role of an eighteen-year-old girl who refuses to abort her child and reveal the child's father. In the end, she gives her baby to the gynaecologist and his wife who don't have children of their own. After some months, she visits the doctor's house and leaves him a book. And from reading one of the story in the book that she specially marked he figures out that she bore the child of her father. Rima's character is a nurse, while Geetha plays an elderly woman who gets pregnant through artificial insemination.[7] Aju Varghese appears as Ajmal who has strong feelings for Fatima. However, due to their height difference, he is unable to confide his love for her.