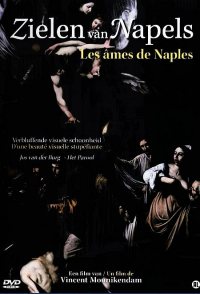 The incomparable splendor of Naples, situated in the shadow of a volcano and by the blue sea of an enormous bay, inspired Johann Wolfgang von Goethe to the famous statement: "See Naples and die". But Naples also has a more complex side. Behind the splendor and pomp that dates from the time when Naples still had great political and social influence, one can also find poverty and adversity. The film director Vincent Monnikendam ends in the backstreets and steep alleyways where sunlight barely penetrates, where dark drama and frivolity keep the age-old city in their grip. The central feature of the film is the painting The Seven Acts of Mercy by Caravaggio, the master of the clair-obscur. This altar piece was painted in 1607, commissioned by the noble founders of the Pio Monte della Misericordia, a charitable institution that is still active. Myths about this painting, the history of the Pio Monte, the joy and sorrow of Neapolitans, alternate and combine to form a colourful portrait. ...