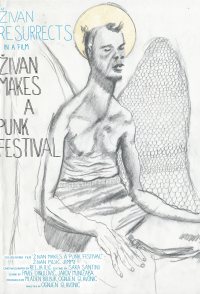 In his small village in Serbia, Zivan is an outsider. He is a punk rocker poet about to embark on his sixth year of making a punk festival for the locals. With an even bigger goal than previous years, bringing a band from Slovakia, Zivan is faced with the same old problems. Not enough money, not enough time, and most importantly, not enough audience members. Despite his best intentions and dogged determination, Zivan has to face the reality that the world might not be ready for his punk festival.