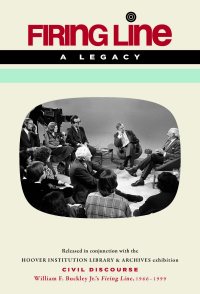 Spanning thirty-three years and 1,504 episodes, "Firing Line" was originally a one-hour debate program (later reduced to a half-hour) hosted by political commentator William F. Buckley. An eloquent interviewer and a formidable debater, Buckley verbally sparred on "Firing Line" with many notable figures in the latter half of the twentieth century. His guests included future U.S. presidents such as Ronald Reagan and George H.W. Bush, venerated writers such as Tom Wolfe and Jack Kerouac, and political intellectuals such as Barry Goldwater and Noam Chomsky. One of the longest-running shows in television history, "Firing Line" garnered an Emmy Award in 1969.