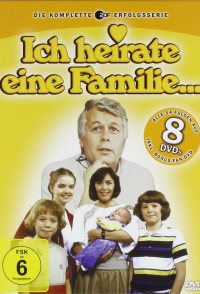 Werner, a successful single without family, meets Angelika (Angie), a divorced mother with three children, of whom especially the eldest daughter, teenager Tanja, is very difficult. Very soon, Werner marries Angie and she and her children move in his house, to the horror of the housekeeper, Frau Rabe. And the problems move in with them - Tanja becomes even more difficult, son Markus wants to go to his father and son Tom is afraid, that Werner's dog Lulu might eat his guinea pig. But Werner and Angie manage every problem, that a typical West German couple has.