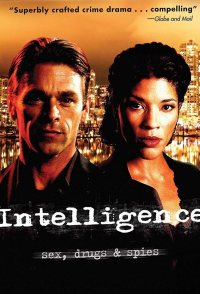 Jimmy Reardon and Mary Spalding head their respective organizations, Mary as Director of the Organized Crime Unit, Jimmy the boss of his family's organized crime business. Unexpectedly, Mary successfully recruits Jimmy to act as her star individual in the OCU's underground intelligence network on organized crime. However, it's a two-way street as she needs to provide Jimmy with inside information on police knowledge of his businesses. Both Mary and Jimmy need to tread lightly in their relationship while they try and maintain a grip hold on their respective businesses.

Directors: Charles Martin Smith, Ian Tracey, John Fawcett, Nicholas Campbell, Stuart Margolin, Sturla GunnarssonWriters: Hiro Kanagawa
Search for articleSearch for trailerSearch for everything
Hint: you can examine a particular season more clearly on the graphs if you disable the trendline and all other seasons (via clicking on their labels).