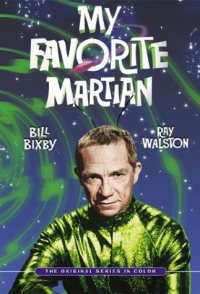 Exigius Twelve and a Half, an exoanthropologist from the planet Mars, becomes stranded on Earth after his one-man spaceship narrowly misses a NASA rocket plane and crashes near Los Angeles. The alien is rescued by Tim O'Hara, a newspaper reporter who explains the Martian to friends and authorities by introducing him as his Uncle Martin. "Uncle Martin" looks human, except when he extends his retractable antennae with which he can become invisible. His special powers and unusual illnesses present a constant challenge to Tim in his efforts to preserve his friend's cover.