This very low budget TV show (which was shot on video, as opposed to film, as most regular TV shows are) involved a giant spaceship called THE ARK which was composed of hundreds of domes, each of which (supposedly) contained a sample culture from the planet Earth, which had long since died out due to some thing or other (If memory serves, it was pollution). Any way, this giant space ship had an accident somewhere along the way in an asteroid storm which killed the crew that was piloting it, so now it's careening toward -get this- an UNCHARTED SOLAR STAR ! The character played by Keir Dullea (who was DAVE in 2001) gets forced out of his dome and goes roaming around the ship with his 2 friends, trying to set the course correct so that they don't hit this star. 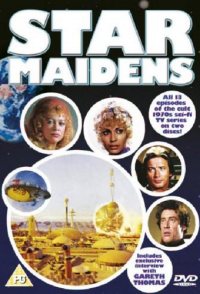