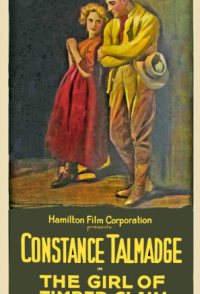 Jess Vance and her father are homesteaders in the Northwest. For some time land-frauds "engineered" by a "ring" controlled by Senator Hoyle have been going on. Francis Ames, a lawyer, is sent by the government to investigate. The homesteaders endeavor to see Ames, but by the manipulation of Senator Hoyle are prevented from doing so, and they feel that Ames has double-crossed them. Jess boasts bravely of what she would do if she found one of the "dummies" on her claim. Ames learns that one of Hoyle's henchmen has arranged to send dummies to the timberland to "establish a residence" and cinch the ring's claim to the township where Jess lives. Ames stating that he is going east, follows the dummies. Jess meets Ames on her claim and orders him off. He refuses to leave and at the expiration of three days Jess again orders him off, and when he still refuses she shoots him, inflicting only a slight wound. Meantime his secretary, Stanley, meets Cora Abbott, a former friend of Ames. She ...

The Avenging Conscience: or 'Thou Shalt Not Kill'
Total votes: 1,089
Average rating: 6.5
Switch to mobile version