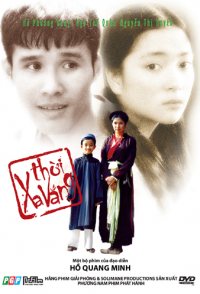 Based on the novel of the same name by Le Lu, first published 18 years ago, Viet Kieu (overseas Vietnamese) Ho Quang Minh's film is an ambitious re-telling of the first part of Le's novel spanning from the wars for independence to the Communist era. In this portion, a man named Giang Minh Sai (The Quan) is forced to marry Tuyet (Ho Phuong Dung) at the age of ten and leaves his home by the river wharf to live with an old man named Kien. As the war against France accelerates, Sai enlists to fight and falls in love with another woman named Huong. While the affair is fated not to last, Tuyet struggles to keep her marriage together.