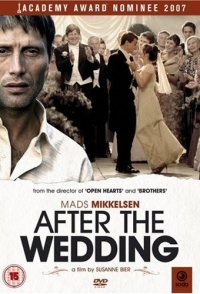 Jacob Pederson lives in shanty surroundings in Bombay, India, and assists in the running of Anand Orphanage and School. He had attempted a number of projects to assist orphans, including child prostitutes - all quite in vain. He has adopted a young male orphan, Pramod, and takes special care of him. With growing pressure on the facilities, which is on the verge bankruptcy, the orphanage receives an offer of funding from wealthy Danish citizen, Jörgen, which may put an end to its problems. In order to obtain the money, Jacob must travel to Copenhagen, meet with Jörgen, get financial assistance, and be back to celebrate Pramod's 8th birthday. He sets forth, is received by Christian Refner, an employee and future son-in-law of Jörgen. Jacob is shown all possible courtesy and even housed in a posh apartment. He subsequently meets with Jörgen, shows him video-tapes and submits that a few Kroner could really save several lives which would otherwise succumb to minor illnesses and infections....