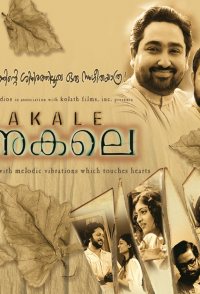 Human fragility inspired by "Glass Menagerie"; an Anglo-Indian family in northern Kerala. Neil, a middle-aged writer, struggles with the story of his life, which he has promised to give to a publisher. As he starts writing, we are transported to his past, occupied by his cranky mother Margaret and sister Rose. Neil is a frustrated youngster, working as a clerk in a warehouse, but aspiring to be a writer. His only escape from mundane existence is cinema. Margaret is a demanding and possessive mother, who has her traumatic past to deal with: her sailor husband abandoned her when the children were still young. Rose is a shy and withdrawn girl, suffering from an inferiority complex because of a slight deformity in her leg. She is fascinated by glass figurines. Margaret is worried about Neil's weird ways and Rose's future. She and Neil are always at loggerheads. Things take a turn when Neil brings home a young colleague, Freddy Evans, for dinner at the insistence of his mother. The dreams ...