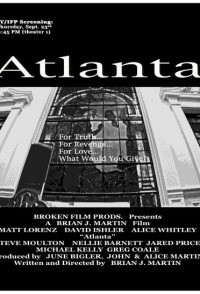 Eighteen-year-old Jim Adams' life comes to a crossroads upon discovering his girlfriend, Amy, is pregnant. Thinking she was unfaithful, Jim ends the relationship and has little part in his daughter's life. Fourteen years later, Jim and his daughter Jessie are put in an awkward position when Amy moves to Atlanta to pursue a job. Not wanting to relocate Jessie in the middle of high school, Amy decides the best thing would be for the girl to stay, even if it means living with Jim. However, Jim's world is one of regret, fed by alcoholism and self-pity. Though he tries his best to connect with Jessie, she won't let him in, and their relationship only seems to regress. Nate Martinez, once a religiously devout college student, turns to a life of addiction and violence following the rape and murder of his fiancee. Two years later, Nate's life continues to spiral out of control. The only thing maintaining his sanity is his seemingly futile quest for vengeance. When an unlikely source gives ...