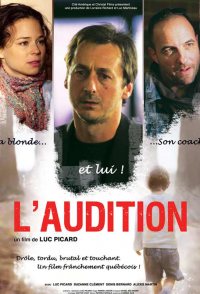 Forty-year old Louis is a loud-mouthed repo-man who has nurtured a lifelong dream of becoming a successful actor. Fortunately for Louis his cousin is a casting agent, and he soon learns that local producers are seeking to fell the role of a father videotaping a final message for his two year-old son. Lately the strain of his job has been wearing not only on Louis, but his frustrated girlfriend Suzie as well. When Suzie discovers that she is pregnant, she immediately begins pondering the prospect of leaving Louis to raise the pair's child in a more stable environment.