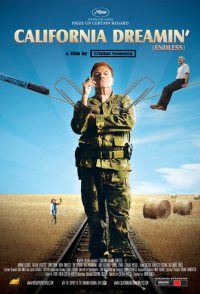 In 1999, during the Kosovo War,a train carrying NATO equipment, escorted by American Marines with Captain Doug Jones in command, is held back in Capalnita, a Romanian godforsaken village, by Doiaru, the station master, who blocks the train over a paperwork technicality. For five days the villagers try to take advantage of the Americans' unexpected presence. The mayor, for instance, organizes a celebration in their honor. On the other hand, sergeant David McLaren, Jones's second in command, falls in love with Monica, the crafty's station master's daughter, who dreams of a better world... And what about the Marines' initial mission?