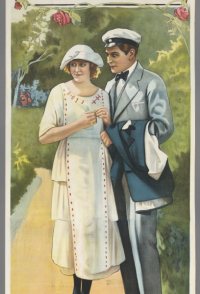 'Pojken' has been a student in Uppsala for many, many years. Many years ago he found a baby girl outside the fraternity house during a party. 'Pojken' made sure that the girl could grow up in the countryside and has ever since sent money to the foster mother. However, the girl, Carolina, has moved back to Uppsala. She now lives with her real mother who has married the nutty professor Hambreus. Carolina does not know anything about 'Pojken' or the money he has sent. But now he has decided to reveal the truth for her.