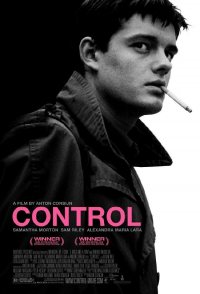 Ian Curtis is a quiet and rather sad lad who works for an employment agency and sings in a band called Warsaw. He meets a girl named Debbie whom he promptly marries and his band, of which the name in the meantime has been changed to Joy Division, gets more and more successful. Even though Debbie and he become parents, their relationship is going downhill rapidly and Ian starts an affair with Belgium Annik whom he met after one of the gigs and he's almost never at home. Ian also suffers from epilepsy and has no-good medication for it. He doesn't know how to handle the feelings he has for Debbie and Annik and the pressure the popularity of Joy Division and the energy performing costs him.