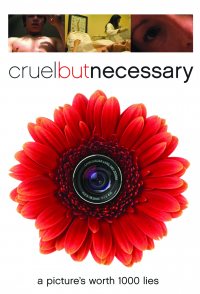 Cruel But Necessary is the story of Betty Munson's strange journey of self-discovery and soul-awakening in the traumatic years following the revelation, on videotape, of her husband's infidelity. Her marriage over, struggling to raise her teen-age son alone, Betty becomes driven to discover other secrets that may surround her and so she videotapes every aspect of her life during the gradual disintegration of her comfortable upper middle-class existence. Sometimes used as an eavesdropping device, other times as a confessional, Betty's camera dispassionately records the layers of family and personal dynamics. The film is seen entirely from the viewpoint of Betty's video camera resulting in a "surveillance tape" that is a kind of voyeurism of the absurd.

There Will Be Blood
Total votes: 507,247
Average rating: 8.2
Switch to mobile version