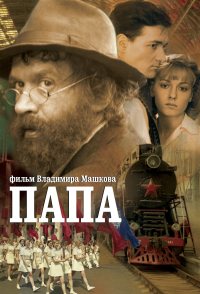 This film derives from A. Galych's play, "Matrosskaya Tishina," "Papa" tells a story of a Jewish father who dreams of seeing his son perform on stage in front of huge audiences, dreams of seeing him as the greatest violinist of his time. To achieve this goal, he teaches his son Dodik how to play the violin from an early age. When Dodik grows up he leaves the small town he and his father lived in to study in the Moscow Conservatory, leaving his past behind. But one day he has to choose either to lose his father or everything he has achieved.