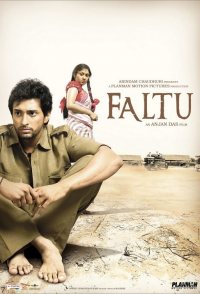 Faltu is born of a crazy mother and his father is unknown. The people of his village have raised him as their own child. In the course of events he finds out that everyone in the village has raped his mother some time or the other. He is still confused as to who his real father is, that's when the father of his sweetheart tells him that he can't marry the girl he loves because they could be siblings. The girl commits suicide leaving Faltu alone and grieved.