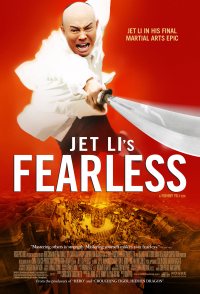 Martial arts legend Huo Yuanjia became the most famous fighter in all of China at the turn of the 20th Century. Huo faced personal tragedy but ultimately fought his way out of darkness and into history, defining the true spirit of martial arts. His self-discovery, and the choices he made, inspired his nation. The son of a great fighter who did not wish for his child to follow in his footsteps, the bullied Huo Yuanjia resolves to teach himself how to fight - and win. Years of training enable him to ace match after match in his home region of Tianjin. But as his fame as a martial arts master grows, so does his pride. After an ill-advised fight leads to another master's death, members of Huo's family are slain in revenge. Grieving and ashamed, Huo wanders the country in shock. Near death, he is rescued by women from an idyllic village, and is offered simple kindness and generosity that help him heal and regain his equilibrium over a period of several years. Huo realizes that the future ...