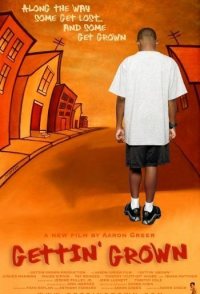 From emerging storyteller, Aaron Greer, comes a thought-provoking story about a family's struggle to raise a child in the inner city, where some get lost and some get grown. Twelve year-old Eric lives with his mother Rolanda and father Darryl in a working class neighborhood. Darryl drives a city bus second shift. Rolanda, who is very pregnant and not feeling well, takes care of her ailing mother who lives with them. The story begins when Rolanda discovers that she has forgotten to fill the prescription for her mother's new diabetes medicine. Someone must make the long walk through the neighborhood to the pharmacy that evening, and the only one who can is Eric. With his granny's prescription, insurance card and $22 stuffed in his sock, Eriic starts out on what appears to be a simple errand. Along the way things become unexpectedly complicated, as he finds himself contending with the thoughtless demands that adults make of children and with his friends' risky behaviors. As night falls, ...