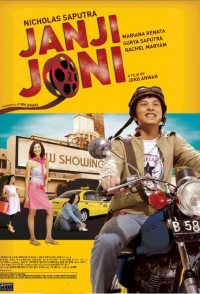 Film. Probably the the greatest blessing that art ever gave to mankind. Everybody knows the filmmaking process. But only a few understands the role of a young man named Joni in the process. He's the man behind the screen. It depends on him whether people can watch a movie at a theater or not. Joni is a film delivery guy. One day, he meets a beautiful young woman who will tell him her name, only if he promises he can deliver the reels of the film she is going to see on time. Joni thinks it's gonna be easy. But that day, it seems that the whole city is conspiring to make him fail to keep his promise.