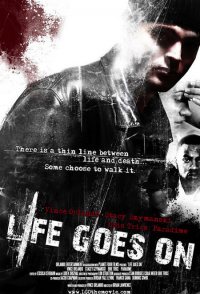 Vince and Amy. Homecoming King and Queen. Captain of the football team. Captain of the cheerleading squad. Life at home in their working class neighborhood wasn't always perfect; but they were making the best of it. Or so it seemed. Flash forward eight years. Amy is graduating law school and moving forward. Vince is an addicted dope dealer on a downward spiral to oblivion. Amy finally has to take a stand -- "me or the drugs". Blinded by foolish pride and the local celebrity status he's attained by being Detroit's underground party supplier, Vince chooses the drugs. To his superficial entourage of customers and cronies, Vince boasts he's better off without her. But she's gone. For real this time. And Vince is feeling it. Racked with self-loathing and loneliness, Vince has to consume near fatal amounts of the drugs he supplies to shut out the pain of life without her. Will this downward spiral continue? Or will Vince kick the drugs and ask Amy to take him back? The next forty-eight ...