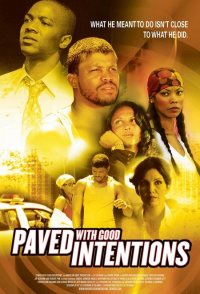 Travis Balden had it all; high-profile job, gorgeous wife, limitless opportunity. His estranged brother, Rick, in contrast, earns a modest living as a repo man and generally lives life solo. After a corporate scandal provokes Travis to commit a murder/suicide, Rick noses around to prove to his family that Travis wasn't the golden boy they always thought. Ultimately, he must decide whether his own judgment is clouded to uncover why Travis went over the edge, as the brothers' interwoven stories merge at the truth.