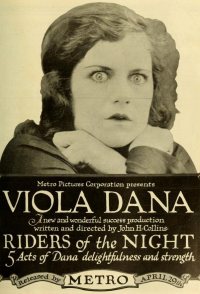 In going for a doctor for her sick grandfather, Sally Castleton is detained at the toll-gates by John Derr. The old man dies and the villagers organize themselves into a band of night riders to break down the gates. Jed, who is known as "The Killer," turns traitor, and in the fight with the authorities, Milt, Derr's cousin, loses his hat. Derr finds it and assumes that he is responsible for the raid by the sheriff. Sully is in love with Milt, and Derr, who also wants to make her his wife, threatens to send his cousin to the gallows if she does not consent to be his. Milt hears of Derr's intention and plans to secure revenge. Derr is killed and Sally becomes involved in the murder. After many exciting moments Sally emerges triumphant, however, and marries the man of her heart's choice.

The Outlaw and His Wife
Total votes: 1,507
Average rating: 7.2
Switch to mobile version